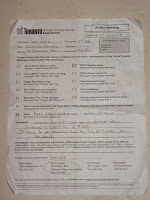 A year and a half ago, I was busted for my backyard chickens. Two Toronto bylaw officers knocked on my door and gave me a Notice to Comply--thirty days to move my chickens out of the city or face a fine and forced removal.

As it turns out, I was moving house that day--the moving van was in my driveway. If the bylaw officers had shown up the next day, my chickens and I would have been gone. I moved and didn't hear from the bylaw folks again. (I'm sure they had much better things to do than track me and my gals down, and I appreciate that.)

Backyard chickens have been in the Toronto news again recently. A report on allowing backyard chickens in Toronto will be presented to the Licensing and Standards Committee on February 24, 2012. It is a crucial time in the effort to allow the safe, humane keeping of hens in Toronto.

The councillors who sit on the Licensing and Standards Committee need to hear from people who support urban hens. There are many myths and conceptions out there, and those who support urban hens need to speak up. I hope you'll consider writing to the councillors on the Licensing and Standards Committee (see names and emails below) and tell them that you support safe and humane backyard egg production in the city! (And if you don't support it, please feel free to post any questions or concerns here, so we can have an exchange of ideas on the subject.) 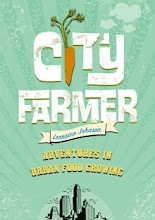